Throughout our travels, we often came across people who have made travelling their LIFE – they have been travelling for years and years. They don’t ever want to go home. The world is their home. I was intrigued, how can they afford it?

One way to do this, obviously, is to stop and work in a place for a bit. And a fairly popular place of doing this seems to be – Australia

We decided to fly to the wonderful city of Brisbane, Queensland. On the basis that it seemed cheaper to live in than Sydney and Melbourne, and we didn’t fancy working on a farm.

We were actually so excited to stop and work in a place for a bit, that on our first day we set up bank accounts, bought a phone, went to the library and created a CV and started applying for jobs. We even joined a gym. 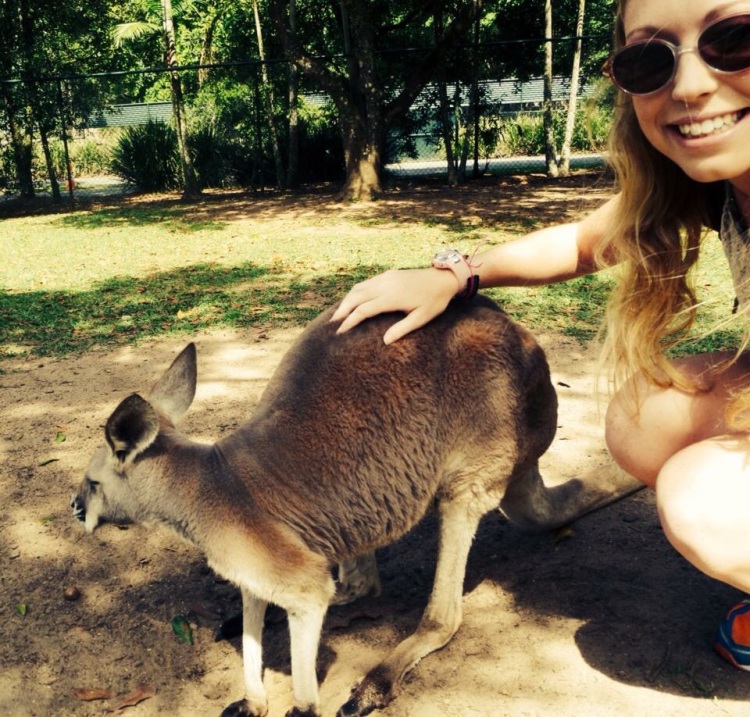 My excitement for the new life in a new country lasted about a month before I was longing to be back in Asia, travelling, I even missed England a little bit! A feeling I had never had before.

I worked more jobs in 5 months in Australia than I had ever had in England in my life. I worked some hard commission-based sales jobs that I would never have believed myself confident enough to do. But I did it. I also had jobs working at farmers markets in the countryside, in photography, and a waitress job in a cafe. I had to get up so early for some of these jobs that I used to walk almost an hour alone in the dark at 4am to the train station as the public transport wasn’t running that early. I would constabtly be on ‘gumtree’ – searching for new jobs advertised for backpackers.

We had a nice house which we rented with great house mates. And Brisbane was beautiful, a city built so perfectly. When I wasn’t working, I would be sunbathing by the river, swimming in the lagoon, enjoying the perfect weather, or having BBQs in the park. It was a perfect city to live in.

But still, I sometimes found myself counting down the weeks until it was time to leave and be back on the road again.

Even though I worked a total of 6 jobs over the 4-5 months I lived there, I only managed to save enough for 3 weeks travelling in Asia.

So, what did we do so wrong?

We only stayed for 4 and a half months in Australia. If we had stuck at it for longer I believe we could have saved more money, as starting out somewhere new is never easy and always takes TIME.

We arrived in Australia with practically no money. It wasn’t a nice experience walking around such a beautiful city; past so many amazing restaurants, having to walk past knowing you’re going home for noodles once again. We ended up having to borrow money to get us started in our first month, then of course we all had to pay it back later. So remember, make sure you have enough money to get you started.

I got myself in a bad mind space. I started to struggle to make sales in my commission based jobs, which made me feel more negative. So did having no money, and it made me miss my family back home. If I had managed to remain positive and grateful for the opportunity to be living and working in Australia, then I’m sure it would have been easier.

Maybe we chose the wrong place to go and work, maybe it was the jobs we were going for – looking back, it would have been a good idea to do an RSA course which would have opened up the opportunity to work in a bar or as a waitress in a restaurant. Or  maybe we should have gone to the outback, maybe we should have worked on a farm…

Either way, one thing I want to make clear is that I don’t regret going at all.  I look back fondly on my time living in Brisbane.

But the way I did it, Australia certainly didn’t provide me with the funds to continue travelling for very long…

I am a 29 year old with an obsession for travel and exploring new cultures. Myself and my boyfriend Shaun have travelled to over 50 countries in 6 continents around the world.

Since 2013, we have left our home twice to travel around the world long-term together, on budget backpacking trips to many amazing places including South America, Asia, The Caucasus and Australasia.